How Does an Electric Motor Works? DC Motor Explained

How Does an Electric Motor Works? DC Motor Explained

Electricity is a flow of electrons through a wire when lots of electrons flow in the same direction we call this current.

Today we were going to talk about DC motors and an electric motor that how this works. If you want to learn the basics of the motor then this would be a great point to note down.

The motors are very common in our house, They are everywhere like in fans, coolers, inductions, etc.

What is an Electric Motor?

An electric motor works in a circular or rotational motion, this motor is used to convert the electrical energy into mechanical energy.

The motor mainly found over household appliances, blowers, pumps, and machine tools. The electric motors were powered by using direct current also known as DC and the current which changes direction after equal intervals of time is called an alternating current (AC).

In the above photo of the DC motor, you can see the parts, On the front of the motor, there is a shaft in which we can attach the fans, gears, etc and the body was covered using a protective metal case.

If we look at the backside of the motor there are two terminals, where we can connect the power supply or wires to start the motor.

The shaft is directly connected to the terminals so that it can rotate the shaft.

All These are Some Outer Parts Now Let’s Look Inside of The Motor.

The first thing we saw is the magnets south and north, running through the center we saw a rod called a shaft the shaft is used to transfer mechanical energy. Attached to the shaft we have the rotor wrapped with the copper wires which carry current.

The next was a commutator ring set behind the plates and over the shaft.

How Does an Electric Motor works?

As we have talked about electric motors convert electrical energy into mechanical energy. But how?

The electric motor works over a principle of physics.

When current was passing through a rectangular foil in a magnetic field. It generates a force to rotate the stack continuously.

To move Further we Have to Understand the Flaming’s Hand Rule.

The flaming’s hand rule is used to find the direction of the current flow. As stated in this rule stretch the fingers as follows: 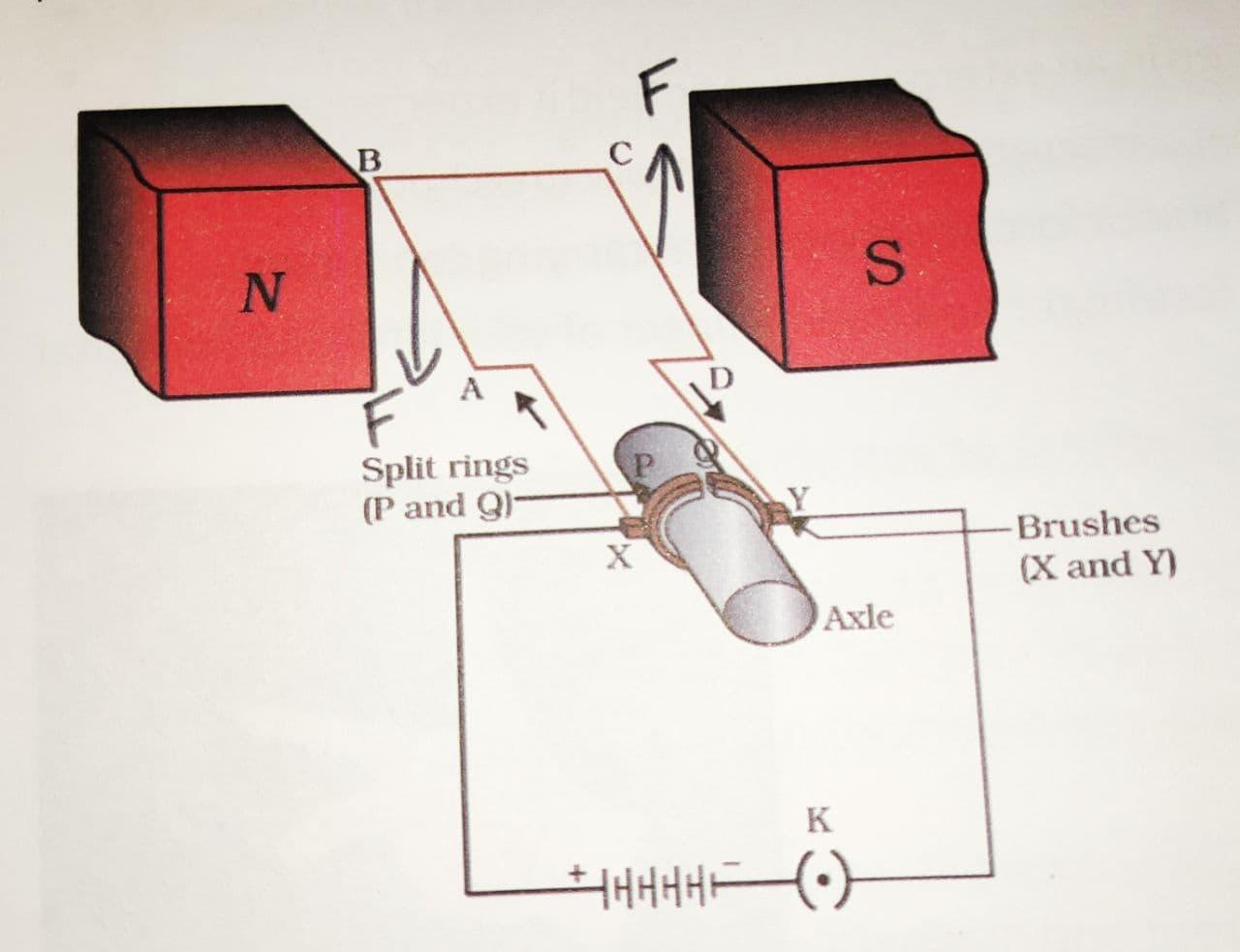 After every half rotation, the direction of current is reversed giving rise to the continuous rotation of the coil and to the axel.

If we don’t reverse the direction of current after every half rotation, then the direction of the force on arms AB and CD will always be downwards and upwards respectively, and will not give continuous rotation.

What Does DC Motor Mean?

On the other hand, if we change the direction of the battery then the current will flow in the opposite direction.

The electromagnetic field was generated by the wire when the electron passes through the copper wire. How you can check it?

By placing magnets around the wire, so if the current flow the magnets rotate.

Paul has been obsessed with Power Tools since his child hood. He has been into tools since he could walk. He used to watch his father cutting trees infront of him. And that's where he got his Passion from.